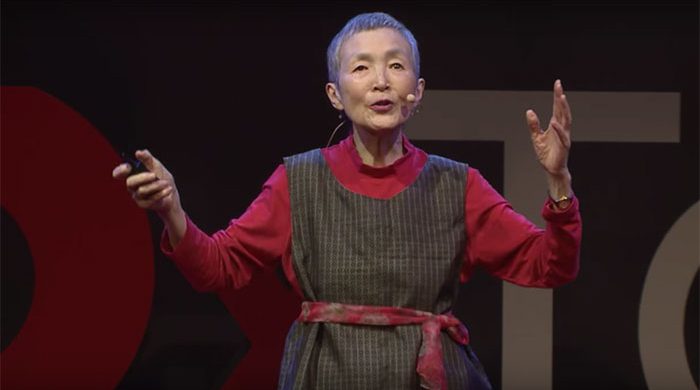 That’s just how everyone is. in their day to day lives. Some people wake up in the morning to go chase their dreams, change the world and leave their mark in history.

And some others wake up only to pay their bills, work just hard enough not to get fired and make sure they don’t end up being homeless when they retire – it’s just another day for them.

Where do you stand?

The difference between the two types of people is more than just obvious, especially in an industry like software engineering, you can see so quickly those who cut corners to move cards across the board and deliver “features”.

And those who take the time to put their heart and soul into their work, try to best themselves, learn of better ways and smarter methods to accomplish faster, it’s in their devotion to quality in every line of code they type and every design they envision.

Which one of those are you?

People with passion don’t really care about titles, salaries, and benefits. Because all these things are side effects to success, but they are not a success in and of themselves.

Instead, they chase success, they chase changing the world for the better, making people’s lives easier, regardless of whether they get credit or not, their true reward is to see their creation helping others, and making a difference in the world.

But people with pain will fight tooth and nail over titles and salaries. they will step over each other, lose their relationships with their colleagues, gossip and take credit so they can get that promotion. Because the promotions and salaries are the only validation they could get.

Their work is below average, they change no one’s life, and their end products live shorter than their careers and soon turned into a legacy product that no one cares to maintain.

On which side do you stand?

People who are driven by passion are the furthest from being a yes man. They will disagree, and work hard to prove their point. They know how and when to say no, because they have an opinion about something, they are driven by a passion and a vision that makes them see very clearly what a better product would look like, it’s the quality that drives their efforts not appeasing their bosses.

Because people with passion believe in something, they fight for it, they may win, and they may lose but at least they put up a fight to deliver a better quality and a useful product, so it’s totally worth it for them.

But people with pain will agree to whatever the boss says, they are the Yes men of the world, the product’s quality is the last thing to think about as long as their leaders are appeased and happy.

Because their end goal is to be validated by their bosses not by the quality of their creation, the product of their minds!

Are you a Yes Man?

The Smile tells it All

People with passion have a glowing smile every day, because being driven by passion brings in happiness, because everyday means to them a step closer to achieving their goals!

These are the ones who will put in the extra unpaid hours to make sure things are done right, they will spend out of their own pockets to buy books, go to seminars and attend conferences to learn more, achieve more and be more!

You can tell a person driven by pain on a Monday morning, the frown and the attitude tells it all, a Monday to a person with pain is torture.

But a Monday to a person with passion means a new opportunity to achieve more! Because people with passion will never stop believing they can get more out of their day, let be a Monday or a Saturday, it doesn’t matter what day it is, they have a dream and they are set on achieving it, whatever it takes.

Do you feel excited to go back to work on Mondays?

People with pain deny their mistakes, they play the blame game, their self-image is more important to them than their own growth.

They seldom learn from their mistakes, but rather learn how to not take responsibility for them. They see mistakes as a threat not as an opportunity

But people with passion know you can either win or learn. They know mistakes is just a normal part of the process of achieving one their goals, they know if they are not making mistakes, they are probably not trying hard enough.

And because they see mistakes as a part of the process, they see no problem taking full responsibility for their mistakes, owning up to them and learning from them and sharing their knowledge to make sure no one would repeat the same mistakes.

These are the ones who push everyone further, they push us toward a better world, they work with a collective cohesive mindset.

Do you fear admitting your mistakes?

People with passion want to help others succeed, because they know when they work with others they can get further faster.

They are always the ones lending a helping hand and inspiring others to chase their dreams, they are the ones always volunteering to share to knowledge, spreading that passion wherever they go and however they can, because they know how beautiful it tastes to be passionate about something, believing in something and accomplishing something!

But people with pain are self-centered, selfish creatures.

They only care about their self-interest, they are always worried someone is going to come in and take their “jobs”.

These are the ones who worry about “job security” – they have no interest in sharing what they learned, they will make sure their work is so complex and mysterious no one could understand it or maintain so they will always be needed.

These are the ones who stick to the same project for half of their lives, they never move on to creating more products, they are a cog in a machine of their own making, they are just as dull as a hardware component, there’s no purpose there, they can only be purposed by others, but they have no purpose on their own.

They see every attempt for modernization or change as a threat, because it means they need to learn new things and adapt to new ways, people with pain don’t want to learn new things, they want to come everyday and do the same thing because they have no intention of changing anything.

Do you see change as a threat?

Finding one their passion is a tough job; it may take years for some to find what they’re passionate about. It takes courage and determination to continue to try different things until one finds their purpose.

Some of us find it so early, and they just know this is what they were meant to do.

Some others try a couple of things, then they give up, they say I have no purpose, that’s the ultimate defeat.

But some others will keep trying to find their purpose until their last breath, just like this 81-year-old woman who learned programming and created her first iPhone app.

The thing that fascinates me about Masako Wakamiya is that she was born at a time and age where mobile apps weren’t event existent.

She tried everything her whole life, until mobile apps came to light, and that’s when she found her purpose, she didn’t quit even when she has become 81!

But finding one their passion is one thing, acting on it is a completely different thing.

Everyone in the world at some point in time have had an idea that may change the world, but only few decided to take the risk and act on it, going down the rabbit hole and seeing how far it goes.

These are the people who created most of the most popular products that we use today, from inventing electricity to self-driving cars, from mainframes to wearable technologies that fit in a finger ring!

Mary Oliver says: “The most regretful people on earth are those who felt the call to creative work, who felt their own creative power restive and uprising, and gave to it neither power nor time”

Did you find your passion yet?

What are you going to do about it?