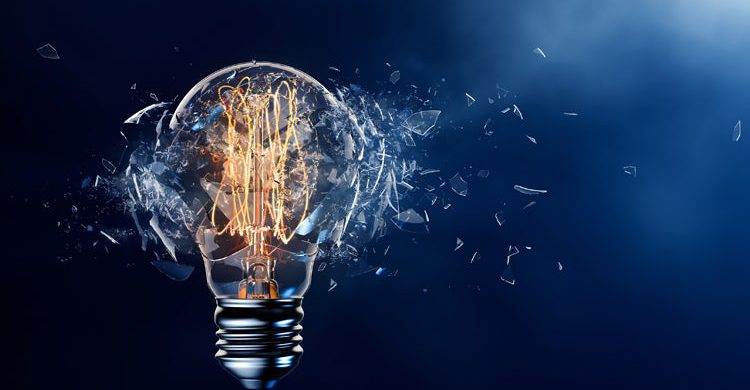 Where do innovative ideas come from?

What does it take for one to find their genuine idea and change the world?

A group of people that realized that those who created every other innovative thing around them aren’t better or smarter than them in any way shape or form.

And that realization is what inspires them to become innovators themselves – seeking to leave their mark in this world and make a bold statement that they were here, and that they had so much passion and love for this world that they wanted to make it better, even long after they were gone.

When we talk about innovation, we talk about ideas that turned into realities that shifted the way the world thinks, operates and in general solves it’s problems.

But innovation isn’t an easy goal to achieve, it requires a ton of effort and struggle to open it’s doors to someone so they can change.

So, the obvious question here would be, where do innovative ideas come from?

I have been studying innovators closely reading about their histories and lives in the past few years and I gathered few similarities between them, let’s discuss those in detail:

Innovators don’t seem to conform to anything without a convincing proof or evidence.

They question everything, challenge everything and fear nothing.

In the dark ages, innovators faced a lot of persecution for their ideas, their books were burned their houses were damaged and their families were separated.

But that didn’t stop them from moving forward for what they believed was right, they believed that if you were born with such imaginative brains, then it’s a birth-right for everyone to logically examine their surroundings, and experiment with other assumptions then observe the results.

As an engineer when I read these stories, I can’t help it but see a pattern here.

A pattern of assuming that the foundation of every approach even though successful might not be necessarily the best foundation for what the approach was trying to solve.

Let me simplify this further.

If you walk into a room and you need to change the lightbulb, then you see everyone around you using chairs to reach the lightbulbs to replace them.

An innovator would think, are chairs the best option to solve this problem? What if the lightbulbs were further up to the ceilings? A semi-innovator would say: “let’s build higher chairs!”

But an innovator would say: “Maybe the chairs aren’t the best option for this problem?”

They challenge the foundation of the assumption, the current tool, they examine better options further down, because they understand that sometimes a foundational assumption could be the cause of a further unnecessary restriction that can be fully avoided once the foundation is changed.

But it takes courage to challenge the status que, because in a lot of societies challenging the status que could mean being disowned, disserted or disrespected – it can even lead to persecution and death.

It takes a courageous heart and a deep convention mixed with strong passion to ignore all of that and move forward with one’s ideas.

Innovation always flourish when the restriction of free thinking decreases in the society, however, there are no society out there today that doesn’t have some restrictions in some form or another, the job of the innovator is to find the best society that is lenient with it’s rules against on idea versus another.

An idea isn’t fully thought through if there was no emotional connection attached to it.

Plato says: “Necessity is the mother of invention. A need or problem encourages creative efforts to meet the need or solve the problem.”

In other words, when you’re looking for your next innovative idea, it needs to be something that bothers you personally, something that you deal with on day to day basis and decide you can make it better!

Looking at history, there are a tons of example of innovators that invented amazing things out of necessity, such as Joseph-Armand Bombardier who invented the snowmobile after his son Yvon died and couldn’t take him to the nearest hospital because the roads were snowed in and there was no means of transportation through the snow back then.

And so is the case with so many other inventions, such as wheelchairs, gas masks, polio vaccines and so many others that were born out of necessity and a deep emotional connection to the problem.

Looking back at Maslow hierarchy of needs, you can easily see how much of the needs were the biggest drive for innovation, I mapped Maslow’s Hierarchy to some of the biggest inventions to show you how things played out through our history of innovation:

There are several forms of necessities that drive innovation, it’s not always a life or death situation – there are many drivers for innovation, Maslow’s hierarchy is so genius that I couldn’t think of anything out of these needs he presented.

When I look at the history of most of the innovators that shaped our world to what it is today I can see clearly they had so much persistence and resilience, they were trial and error addicts – the many thousands of failing experimentations they made didn’t deter them away from continuing to try.

Edison once said: “genius is 1% inspiration and 99% perspiration.”

Edison is one of the greatest examples of perseverance – he tried over 1,000 times before he was able to invent the lightbulb, and when a reporter asked him “How did it feel to fail 1,000 times?” Edison replied, “I didn’t fail 1,000 times. The light bulb was an invention with 1,000 steps.”

Edison is one of the greatest examples because his perseverance led to over 1,093 patents. And while many of these inventions — such as the light bulb, stock printer, phonograph and alkaline battery — were groundbreaking, even more of them were unsuccessful.

So accepting failure as a step not as a setback was a mindset that led to innovation in Edison’s case.

But history is full of examples of people like Edison who have the same mindset.

And when you realize that everyone in this world is born with at least one genuine idea that could change the world as we know it, you can see how crucial perseverance is to the process of innovation considering how many decided to quit on their dreams and become just like everybody else … a nobody!

As an engineer, when I hear the stories about perseverance, I hear the mathematical term permutations, different combination of things and the ability to keep going forward until all permutations have been examined.

Our world is so complex and infinite that it has infinite number of permutations and possibilities, it’s a lot easier for engineers today as technology have advanced to model a problem and run all possible scenarios and simulations in a lot shorter time than what it used to take back in the old days when everything was manual and analogues.

Modeling and simulation through computer programming and software engineering has opened the doors for innovators to experiment and try multiple things in a split of a second – which means the innovation process has been expedited to a maximum to get our ideas examined a lot faster than before.

You are an innovator too!

Everyone in this world is dealing with a problem, some fall into line and do what everyone else is doing, sometimes by doing absolutely nothing, and some others decide to do something about their problems.

And because everyone is dealing in one way or another with a form of a problem in their lives, regardless of their social status, monthly income or where they live, that also means they are capable of solving these problems, capable of finding the right idea and the best innovative solution to solve these problems.

You owe it to yourself to find your genuine idea and solve your problems intelligently and change the world for the better.

You owe it to yourself because you’re capable of innovating, regardless of who you are, where you from and what your education or daily job is.

Don’t go quietly into that good night, living like everybody else, being just a number that has no meaning or value or cause to live for.

Look around you and find a wrong that you need to make right, an evil that you need to turn good, listen closely to what your heart tells you not what people say, you are unique and special in your own way, and you have the capabilities and the energy to make your uniqueness a reality.

“Do not go gentle into that good night,

Old age should burn and rave at close of day;

Rage, rage against the dying of the light.”