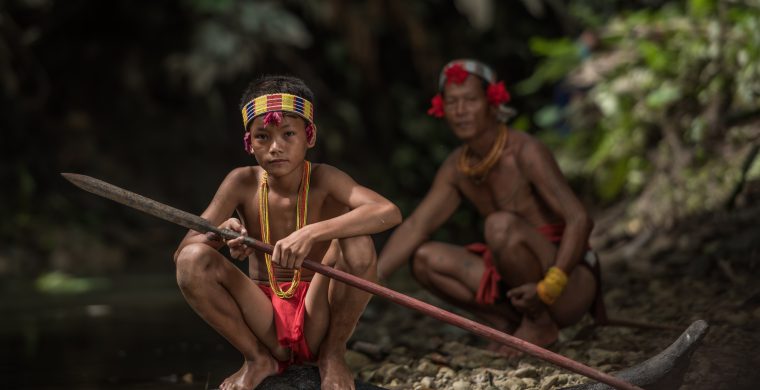 In the software industry, the term tribal doesn’t really reflect a good organizational structure, for instance, the term tribal knowledge, means that a given software is poorly documented and its details are basically fully based on what one engineer said to another.

I have personally long struggled with the term and considered it to be a sign of an alarming pattern when it grows within a team or an organization.

But the longer I learn about our industry, the more I realize that tribalism is a natural human behavior, we tribalize as humans because we want to belong somewhere, let it be a group of individuals, or around a certain idea, belief or practice.

Regardless what the cause of tribalism is, it seems that we as humans will always find a cause or a reason to aggregate and form tribes, you can see it clearly at all stages from children gathering together to play a game, to adults forming clubs to a larger scale such as the common wealth, the Asian Dragons (Four Asian Tigers), the European Union and so on.

But tribalism just like any other form of organization can be either a force for good or a reason for divide. For instance, belonging to a group of individuals might instill the feeling of superiority above all “others” or it can strengthen a good cause and willingness to help others and aim for their happiness and prosperity.

It’s like the difference between an organization set to spread lies and harm others to gain power, and an organization that gathers donations to help those in need and promotes the values of selflessness and sincere willingness to improve the lives of others.

So, if that is the case, it might be then safe to assume that a tribe’s value or the natural practice of tribalism really depends on what entails not necessarily the act itself.

I thought long and hard about what would make a good tribe, and I came up with the following:

A good tribe is welcoming to all people, accepting of all people, for as long as they don’t reverse the notion of welcoming, joining a welcoming tribe implies that one is willing to also be as welcoming (or trying to be) to others.

A tribe that welcomes unwelcoming individuals is a self-destructing tribe, it would be a matter of time before those who are not welcoming to others become a majority and the entire purpose of the tribe takes the opposite turn, and becomes a force of destruction and evil rather than goodness and prosperity for others.

A welcoming tribe does not just welcome others to belong, but also welcomes their perspectives, ideas and approaches and works to learn from the newcomers as much as it is willing to teach them.

A welcoming tribe does not really care about the seniority of a person in a tribe, their influence or position. it does not consider those superficial measures to consider an opinion of an individual, it takes every opinion, approach, and methodology just as seriously as any other.

That is simply because a welcoming tribe understands that the “right way” or the “truth” are not exclusive to a particular individual, an innovative idea could originate from a simple person sitting in their garage in a suburb, innovation definitely doesn’t care about how long you have been in the industry, or what your title is, neither what education degree you have earned.

A good tribe puts others before itself, this can manifest in so many different ways, my personal favorite is when two engineers are pairing to develop a feature, and another team member requires help, to review their code, or help them understand the business or even seeking a simple advice.

When engineers stop what they are doing, and give their full attention to others, this behavior becomes the most optimum for an engineering development process to run in parallel, because when you unblock another member you allow them to continue to work in parallel with you, they won’t just be sitting their idle waiting for you to help them while you go on your way and finish your feature work.

Selflessness is the most optimum path to achieve a goal when one is a member of a team, group or a tribe, because selflessness guarantees an ongoing reciprocating gratitude that keeps getting larger and larger within the group, until it becomes the norm to selflessly give away some of one’s time to help others and it becomes the norm to be grateful for others to help you out.

Selfless is also infectious, a selfless act inspires another, it inspires one to do the same and pass it forward, these values dictate on every individual in a good tribe to care about people maybe they will never meet, especially the ones who can’t pay the favor back, that’s the ultimate act of selflessness.

In so many occasions, every time I tried to share something new I learned about a new framework, technique or pattern in developing software, I always received an even more enlightening perspective from the people I share the new patterns with.

Proactively sharing knowledge, is another important aspect of a good tribe, reaching out to others and talking to them about something you’ve learned, it conveys the message that you care about them genuinely that you want them to know as much as you do, and it also inspires them to do the same with you and others within the tribe.

Sharing is caring they say, truer words have never been said.

Because when you share what you know with others, regardless of whether they have anything to share back with you or not, you express the ultimate value of sharing.

Sharing engulfed with humbleness is the way to get your point across to others, because sometimes sharing with others could be intimidating for them, it can be misinterpreted as flaunting one their knowledge on others, sharing without humbleness can be interpreted as no sharing at all.

Every tribe, let it be an organization, team, a startup or an entire corporate have some form or another of rules, protocols, and regulations.

These rules, protocols or regulations help streamline the process of the work the tribe is set to do. In the software industry, these rules become more and more important to ensure the consistency of code, and the healthiness of the services being developed, and the cohesion of the interfaces being designed.

But a good tribe doesn’t hold on to it’s rules and standards as if it was a divine text – every rule, standard or protocol created by man is subject to change with respect to the time, place and the million other circumstances and variables that makes a rule subject to change.

“You have to understand the rule, so you know when to break it”, my friend David always said.

Rules are meant to be broken; a good tribe understands that its rules are always subject to change if better ideas are proposed.

A tribe that idolizes its founders and perceives their rules as divine is not a good tribe, because idolization usually leads to conflict when a better way is proposed, because a bad tribe thinks that an opposite direction even when it achieves the same epic goals of the tribe is proposed they see that as insulting to them and what they believe in.

A truly good tribe is willing to explore the unknown, in fact, seeks it and learns from it.

But with flexibility comes the firmness of not allowing anything or anyone to deter a tribe from it’s major goals, in the software world, the dedication to the quality of the product, and betterment of the experience are non-negotiable aspects that shall never be changed, a good tribe holds on to that, regardless of the methodology, rule or protocol that leads to achieving that goal.

Loving others and caring for them is a skillset, just like any other.

Loving others manifests itself in so many ways and shapes, it can be generosity, kindness and sometimes empathy for others.

A good tribe empathizes with others, understands their circumstances, and seeks to excuse them when they fall behind – because life is not just what we do, but also what happens to us. And what happens to us can slow us down or prevent us from doing what we want to do.

There is a big difference between those who do not want to fulfil their purpose because of the circumstances and those who don’t because they don’t see it as a purpose in the first place. The first type is those willing, dedicated and committed to the cause but something out of their control has blocked them, and for those we shall empathize, forgive and be understanding of their situations.

But those who have lost their way, we owe them the responsibility of helping them find their way back, find their purpose and their cause. The hardest of decisions is to decide that there is no coming back, and it’s time to move on and hope for those who lost their way to come back and be a part of the tribe again.

Tribes come in all different shapes and sizes, we all them teams, startups, communities or corporations – we call them family, club or any other names but at the end of the day these are nothing but tribes, they have their own written and unwritten rules and protocols, and the goal isn’t to shame that natural act of belonging but to be able to understand and identify the destructive aspects of a tribe and potentially find the way to turn it into a force of good into people’s lives.

Corporations today have failed to understand that a good act of tribalism can serve the overall goals and ambitions of it’s leaders faster than anything else, they choose to shuffle their employees around and reorganize an entire structure to keep the ties loose to prevent any potential unionizations and a well-formed opinions about certain protocols and practices  the corporation may follow.

This is when the corporation itself chooses to be on the wrong side of tribalism, the side that prevents a sincere well-informed hive-minded force to lead the way to a better future and a sooner success regardless what that success is or how it’s defined.

But a good tribe could be as little as one man, a welcoming, sharing, open-minded, flexible and empathetic man is the good tribe, and a good tribe is a magnate to others to belong to the one man, growing in size and power paving the way for others to follow suit and work for the greater good for everyone regardless if whether they are a part of the same tribe or not.

For those who read my words, I say, if you don’t see a tribe then become one, become a good tribe, become the reason people aggregate around you and follow you to help them learn and understand how to be better, happier and willing to spread that happiness and prosperity to others.